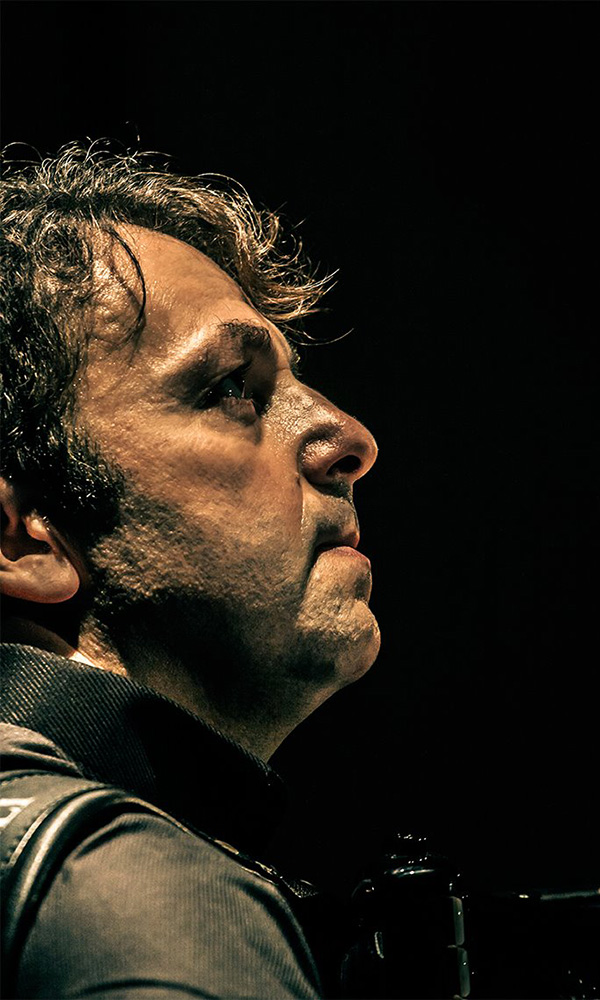 In 1978 he began to study music at the CDMI (Italian Musical Didactic Centre) in Spoleto. At this time the study of accordion was not included in the courses of the Italian Conservatory.

In the month of October of the same year he began to participate in national competitions, and he was judged first in Ancona, Pescara, Recanati, ….

In 1980 he started to study the free bass accordion and in 1981 was judged first at the Italian pre-championship of Castelfidardo, which gave him the right to take part to the 30th CMA Trophee Mondiale of the accordion, where he was the youngest participant.

Between 1983 and 1985 he won the Italian pre-championship another 3 times; so he could participate in the Trophee Mondiale of Caracas (Venezuela), Caldas de Rahina (Portugal) and finally at La Caux-de-Fonds (Switzerland) where he obtained first place and the title of Champion of the world at the age of 18.

In 1988 he began to collaborate with the firm “Farfisa-Bontempi” as musical adviser and here he started his evolution through the world of electronics music.

At the same time, he began his collaboration with the firm “SCANDALLI”, a society that built the famous accordions “Scandalli”, “Paolo Soprani” and “Menghini”; the purpose of this collaboration was the development of new musical instruments and the care of sound quality and of mechanical working.

In these years his activity of concert player went from the classic repertoire to the modern music; from the acoustic accordion to the electronics one and Midi; from the soloist player to the concert for accordion and Computer.

With the brothers Leonardo and Luciano Menghini, he is the owner of the firm “Scandalli Accordions S.r.l.” (Mirco Patarini is the President), a society that projects, produces and distributes accordions with the brands “Scandalli” and “Paolo Soprani”.

On January 2006 he started with Gianluca Bibiani the publishing company Ars Spoletium (Mirco Patarini is the President), which on September 2007 acquired from Berben srl (Ancona) the historical music magazine (founded on 1948 by Bio Boccosi) STRUMENTI & MUSICA, restarting immediately the edition as an international bilingual (Italian and English) publication.

From 2008: founder and Artistic Director of Spoleto Strumenti&Musica Spring Festival.

From 2014: Chairman of the Music Commitee of CIA IMC-UNESCO

From 2017: President of CIA IMC-UNESCO